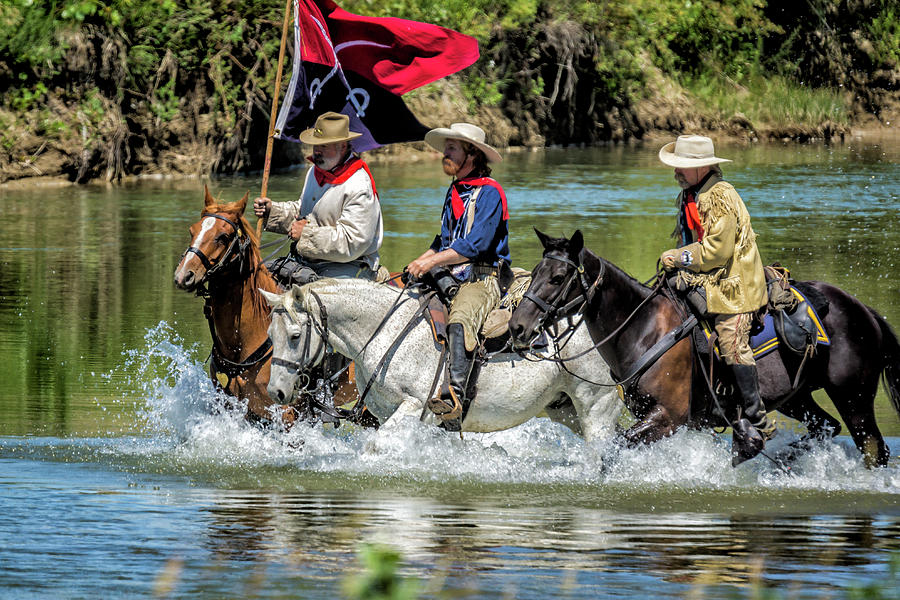 I captured this image at the 2016 Little Bighorn Battle Re-enactment, at the actual site where the battle took place, June 1876. Custer and his entourage are crossing the Little Bighorn River. The U.S. 7th Cavalry, including the Custer Battalion, a force of 700 men led by George Armstrong Custer, suffered a major defeat. Five of the 7th Cavalry's twelve companies were annihilated; Custer was killed, as were two of his brothers, a nephew, and a brother-in-law.

Congratulations on your sale of this wonderful artwork! Fl