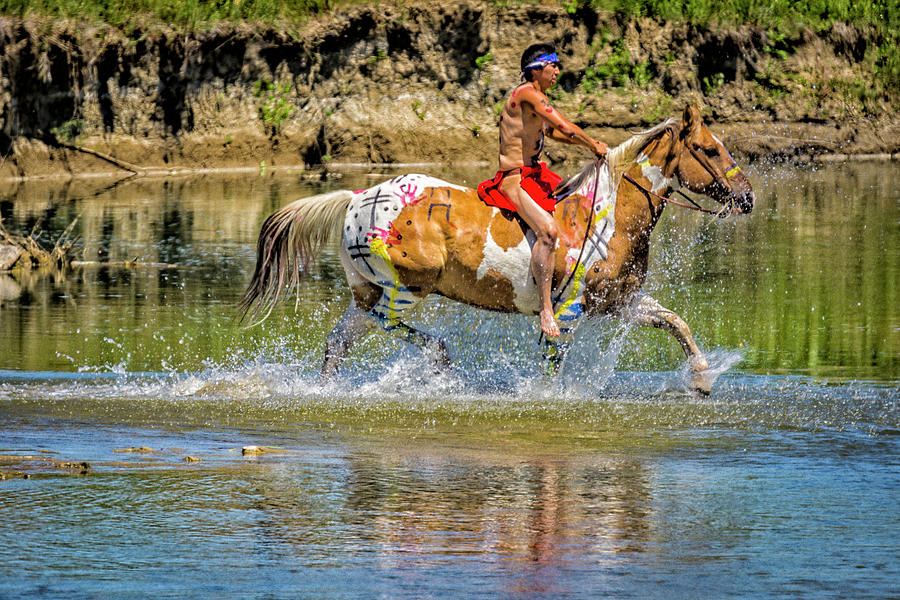 I captured this image at the 2016 Little Bighorn Battle Re-enactment, at the actual site where the battle took place, June 1876. This is a battle ready Lakota Warrior riding across the Little Bighorn River. The fight was an overwhelming victory for the Lakota, Northern Cheyenne, and Arapaho, led by several major war leaders, including Crazy Horse and Chief Gall, inspired by the visions of Sitting Bull. Five of the 7th Cavalry's twelve companies were annihilated; Custer was killed, as were two of his brothers, a nephew, and a brother-in-law.

wow very mix.... old time quality with modern photo...uncle may like it