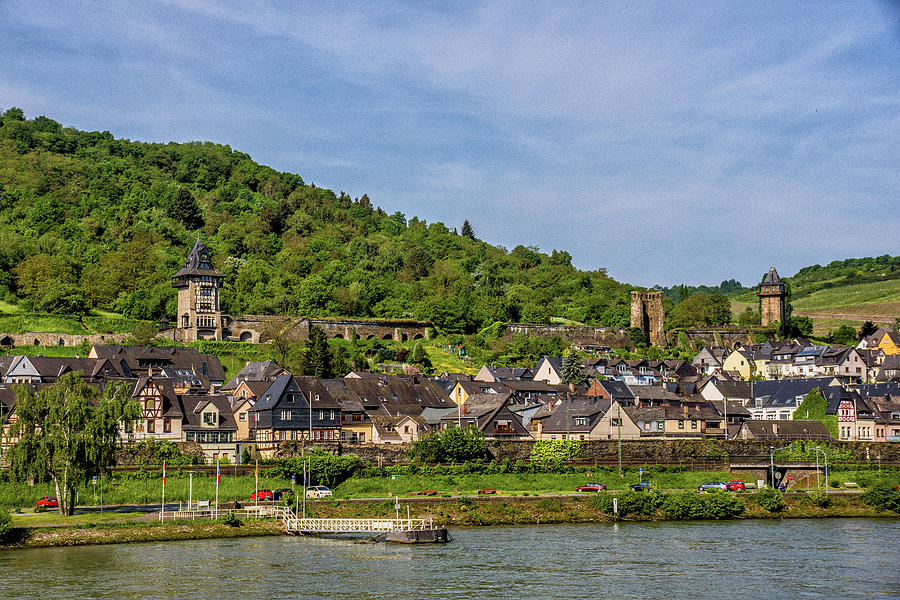 Oberwesel lies on the Rhine River west bank in the Rhine Gorge, a UNESCO World Heritage Site, between the neighboring towns of Sankt Gore and Bacharach. The town wall, which was built in the early 13th century, has some sections open to the public. It was expanded and strengthened in the 14th century, with 16 defensive towers. It is considered the best preserved girding wall anywhere on the Rhine Gorge.