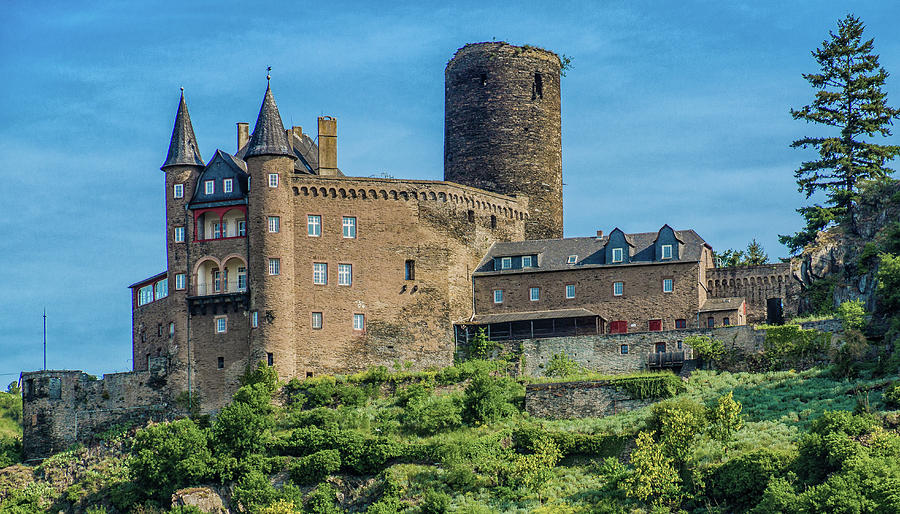 Count Wilhelm II. of Katzenelnbogen built the Katz Castle in the second half of the 14th century. Katz Castle was used as bastion and military base to protect the Rheinfels Castle. Together they formed a fortified bulwark with a barrier for levying of the Rhine toll. The extended view up to the bend of the river at the Lorely was also of great importance to secure salmon fishing. Due to the intentionally chosen location on the mountain ridge Katz Castle could not possibly be conquered from the Middle Rhine valley in Germany.